When Peak Pilates® Master Instructor Nathalie Ingram was 28, she did something most of us only dream about – she won an Olympic Gold Medal in Team Synchronized Swimming. Her journey was a dream come true as well as the culmination of a lifetime of training that started at age nine when her mom enrolled her in a class to keep her out of trouble.

Nathalie quickly became hooked on the sport! She loved the chance to be upside down and burn off energy, and soon, she got serious and began travelling to compete seriously. As a senior in high school, she had already competed nationally in solo, duet and team events for nine years. She also made the National Team and represented the USA in the team event.

After going to the Perth, Australia World Championship – and winning – Nathalie was overwhelmed with the prospect of five more years before possibly making the 1996 Olympic team. Her mom encouraged her by suggesting, “Five years will go by, and it will go by fast so hang in there! Do what you love, and keep chasing your Olympic dream.”

When Nathalie was asked about the hardest part of training, she shared, “The cold was the worst. Most people think it’s holding your breath, but it’s the cold. Being cold takes mental fortitude.” Trying to train and go to university was also hard… during her last year, she put school on hold (until after the Olympics) to focus on training, which was usually 6 to 10 hours per day, 6 days per week.

Olympic trials were broken into one-week practice sessions where everyone learned a routine on Sunday and had to do it on Tuesday. Nathalie adds, “You were scored on your technique and your ability to ‘blend’ into the overall look and movement style of the group. Judges wanted to see how quickly you could retain and adapt feedback.” Making the team was validation of all the hard work and sacrifice Nathalie had put in, but it was only the beginning of a long and hard training road to gold.

The next Olympics were in Atlanta, Georgia in 1996, and having the home crowd advantage and support was amazing for Nathalie. “We had put so much effort in and we could have been easily overwhelmed by the pressure of being 7-time World Champions…as well as the expectation that we were supposed to win. Also, the Canadians, our closest competitors, were seeing that we were falling apart in practices.” So what do winners do when the going gets tough? Champions toughen up! Nathalie and her teammates had a team meeting where they shared what they were afraid of. In the end, Nathalie’s coach told the team after that meeting that they went in defeated but came out as winners.

On the final day of competition, the team went through its rituals…heads down, holding hands, taking 3 big breaths and squeeze…then they walked out to 60,00 people and cameras clicking. After the free routine, they waited nervously, and then the crowd erupted as scores of 10 flashed on the boards.

“It was one of the best times of my life. We had visualized this moment so many times that I wasn’t sure that it was real. I had to wiggle my toes on the podium just to make sure it was actually true! It’s challenging, to put into words, the feeling of the National Anthem being played or the weight of the medal as it was placed around my bowed head. Honor, gratitude and relief seem to sum up the experience as I stood up with my teammates, and my coaches and family watched us in our proudest moment.”

Nathalie wishes she had trained with Pilates back then. Now she is a huge Pilates advocate, teacher and Master Instructor. I asked Nathalie what she learned from that Olympic journey that she brings to her Pilates now. “The body is made to heal. As an athlete you are over-trained and injuries freak you out. You have to learn to take care of the body so it can heal. I used to say hard work pays off, but now I say smart work pays off.”

Nathalie thinks of Pilates as Synchro swimming without the water – with the full body moving and the nature of the work grounding and fun.

To see Nathalie and her team in action, watch this video.

To take class or a Peak Pilates® certification with Nathalie in Colorado Springs or visit her studio – aptly named Gold Medal Pilates – call 719-310-2323 or email natoly96@gmail.com. 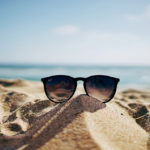